I’m building a power supply and an electronic load might be useful for testing it, so I made one. 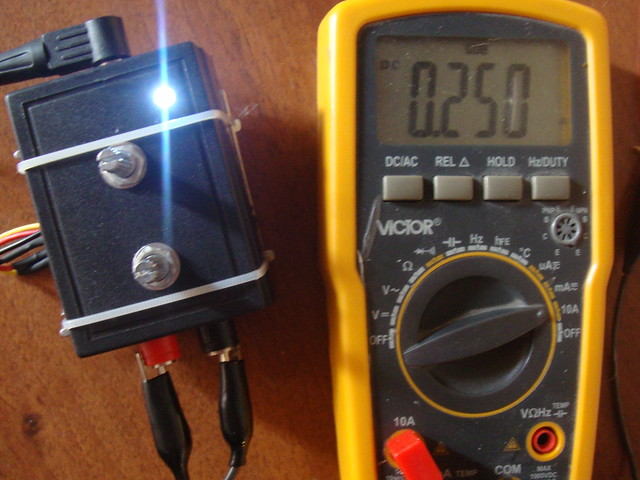 The design is based on some of the various diy electronics loads out there (like the one from Dave Jones). The mosfet is a P45N03LT , most likely I took it from some of the PC power supply I’ve “recycled”.  I’m using two 25k potentiometers, one for coarse adjustment and the other for fine adjustment (10 turn pots are kind of expensive…). The control voltage varies between 0 and 5 volts and is divided by two with a couple of 10k resistors. The op-amp is an OPA2336, It has rail to rail output so the load can sink roughly up to 2,5. The op amp is powered with a 7805. 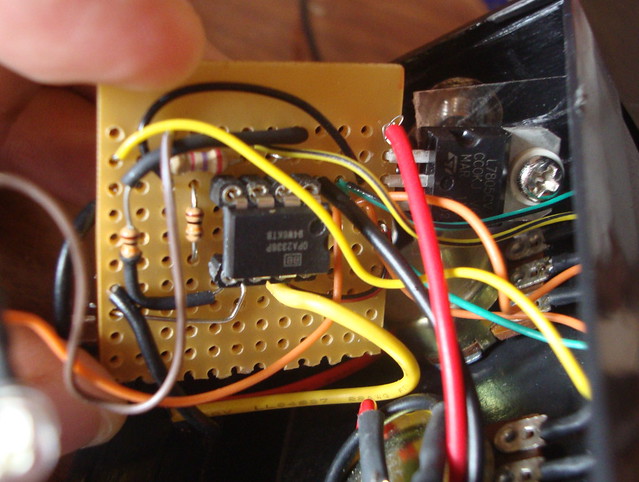 The sense resistor is made with a series of 10 0.1 ohm, 1[w], 1% resistors. I made two “resistors” soldering 5 of them and then I put these two back to back and used kapton tape to keep them electrically isolated. 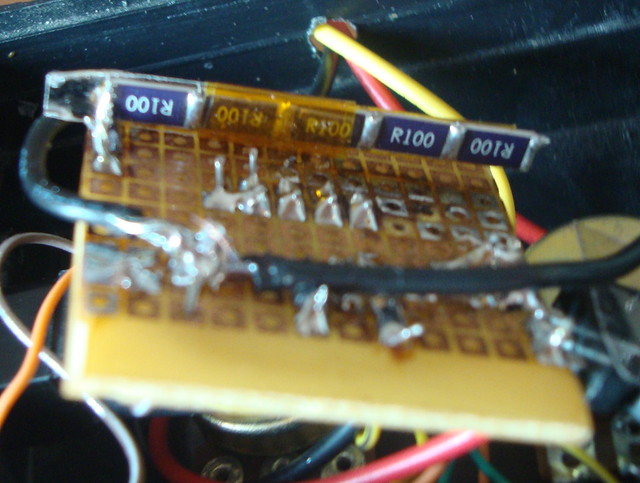 Finally a heat sink (scavenged form a PC supply as well) for the mosfet and some female banana plugs. The heat sink is too small and it gets really hot, I will have to find a bigger one or put some kind of cooler fan. 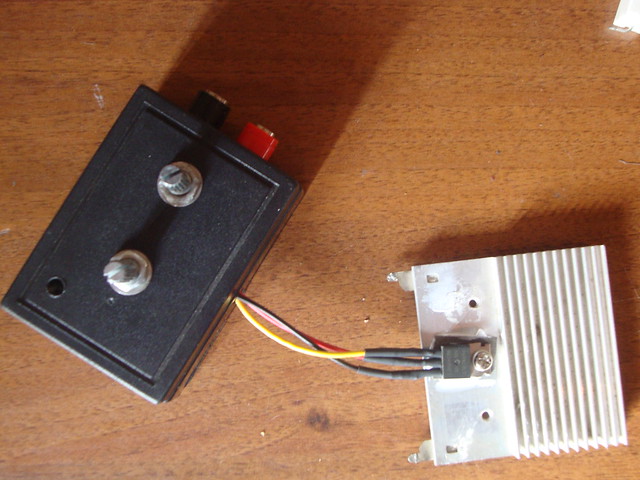 A few components for a very handy piece of equipment. 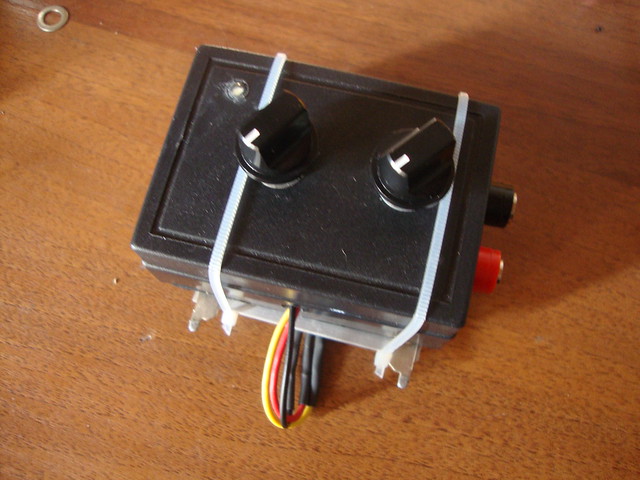