I build a more permanent version of the pulse generator with some changes. The comparator wasn’t working very well with the 1V reference I was using. I made some measurements with different voltage references and got this:

The feedback loop was working and the converter regulating but the output value didn’t correspond to the one set it with the feedbacks resistors. The difference between the reference voltage (Vref) and feedback voltage (Vfeedback) is lower with a reference above 1,2V (another source of error is the lack of precision resistors in the feedback divider). and increasing the reference value gives a lower error (difference between the measured and the calculated Vout).  At the end I just put a potentiometer to regulate the reference and tweaked until the converter output was near 90[V].

I started with the oscillator 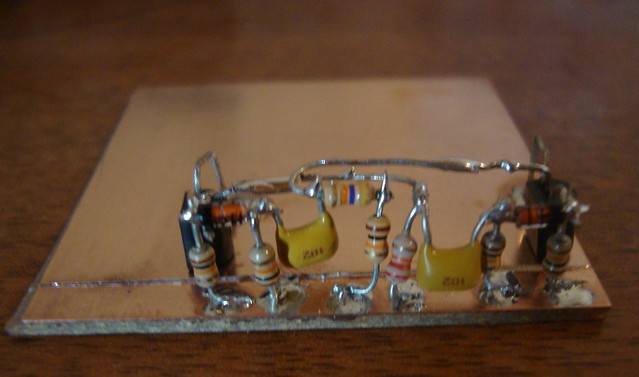 Then added the step-up 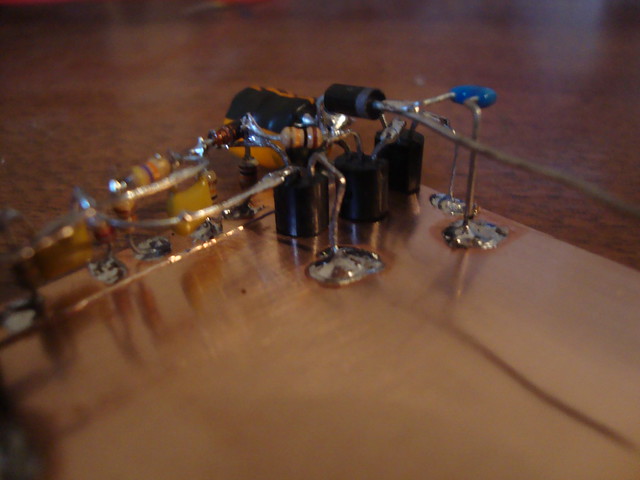 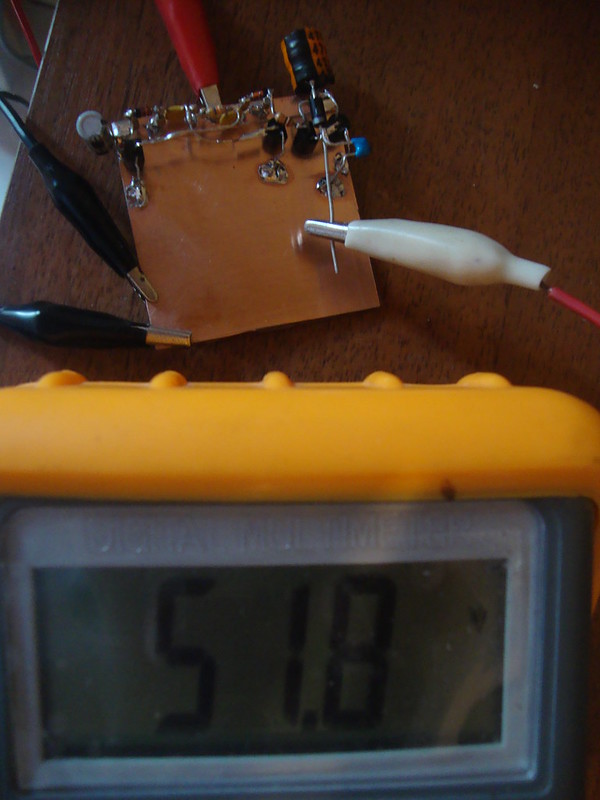 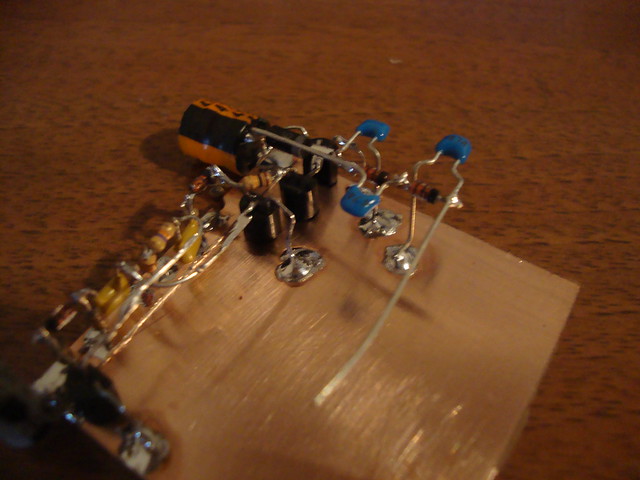 … and test it again… 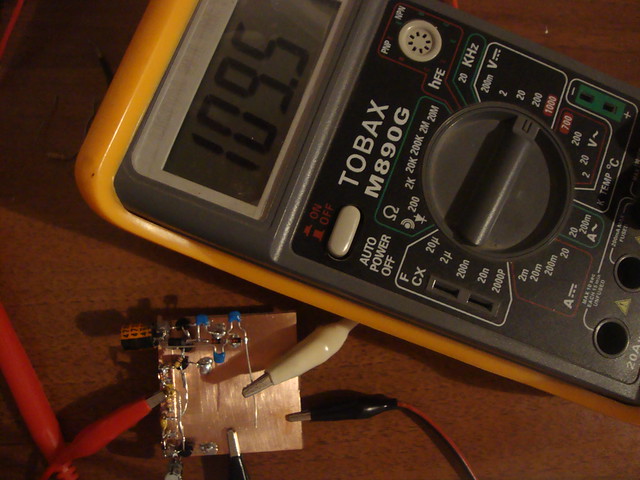 I made a mistake while connecting the oscillator to the step-up. I soldered a cable to the wrong output and was using the inverted signal with a short ON time and a longer OFF time. After changing the output the voltage increased a bit, but  not that much (something like 115[V]). Then soldered in the reference and the comparator. 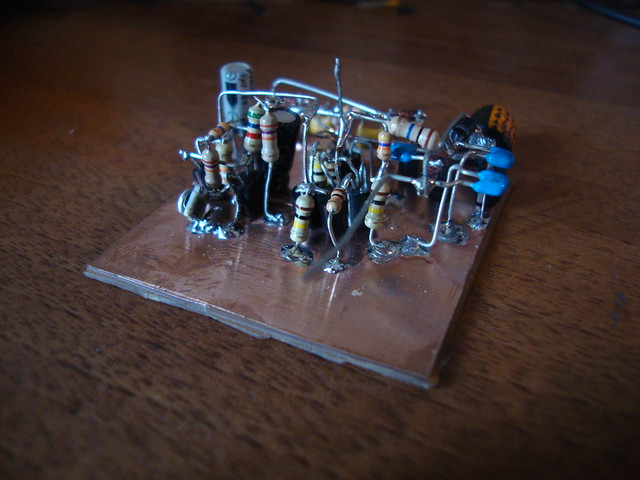 Then I connected all together, put the resistor divider to get the voltage feedback and set it to 80V 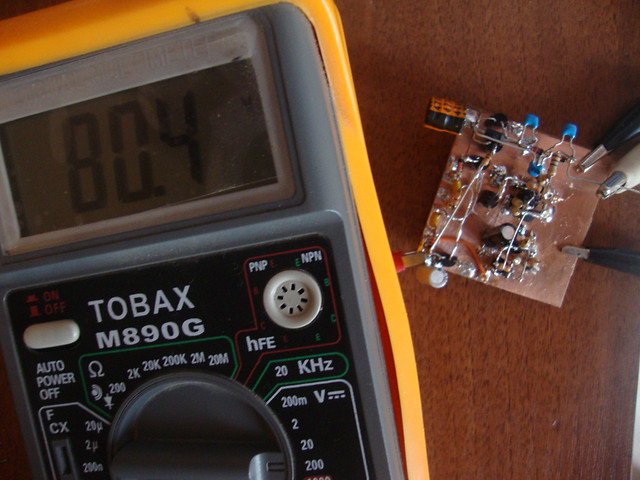 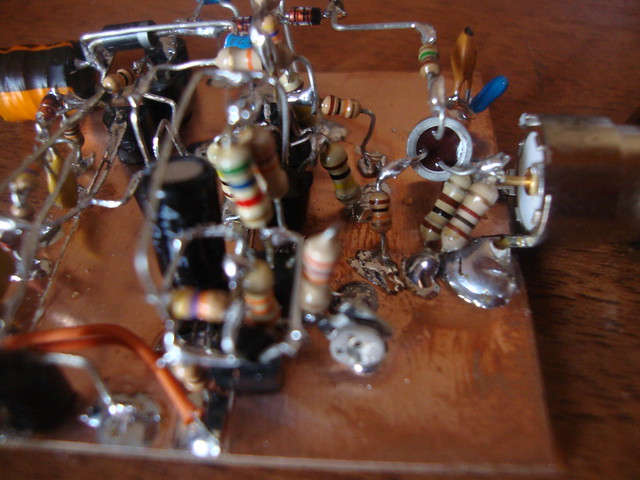 The board with the different blocks labeled, 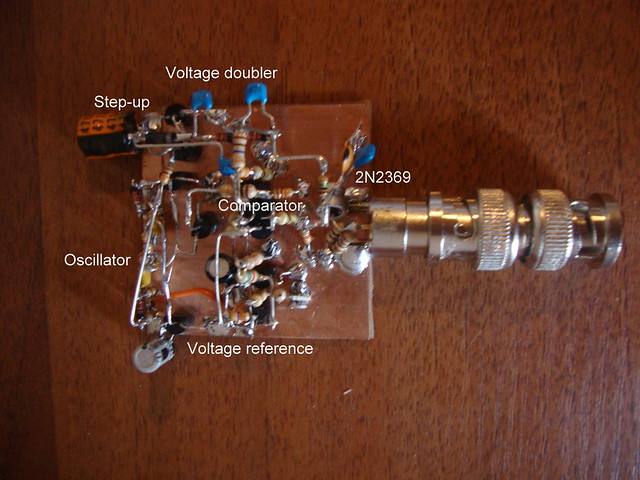 and finally made some measurements. 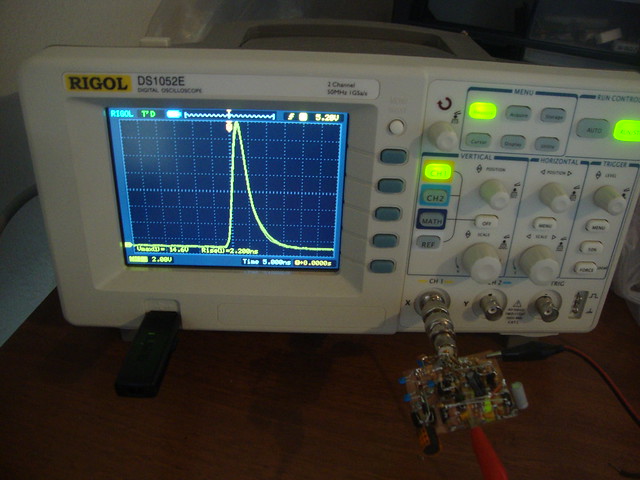 The formula to calculate the bandwidth based on the rise time is BW=0.35 / rise time [ns], I measured somewhere near 2.5 [ns], but that is a bandwidth of 140 MHz. That’s a lot higher from what I was expecting (I have a DS1052E without the bandwidth hack, so it’s 50Mhz). I’m probably doing something wrong but I don’t know what…