A few more PCBs, this time for Freescale’s sensors.

The MMA8451Q is a  low-power, three-axis accelerometer with 14 bits of resolution. It communicates over I2C,  has built in tilt/orientation detection and also tap detection.

To make the PCB I downloaded the Eagle files from Sparkfun breakout board and modified it to make it single sided. I had to add a couple of 0 ohm resistors as jumpers. 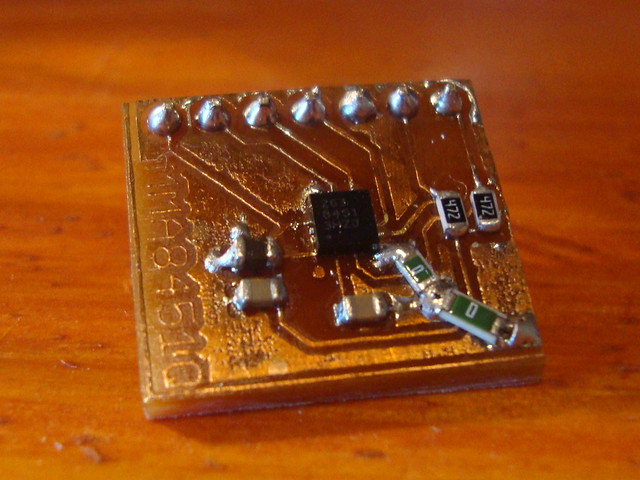 To test it I used Adafruit Library for Arduino 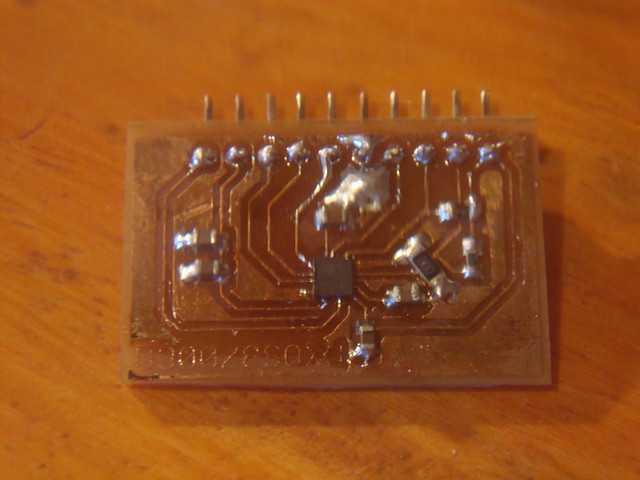 It  can communicate using i2c or SPI. I used this library to test it.

The MPL3115A2 is a pressure sensor that provides altitude data to within 30cm. It has a I2C interface and the outputs are digitized by a high resolution 24-bit ADC. The MPL3115A2  can measure: 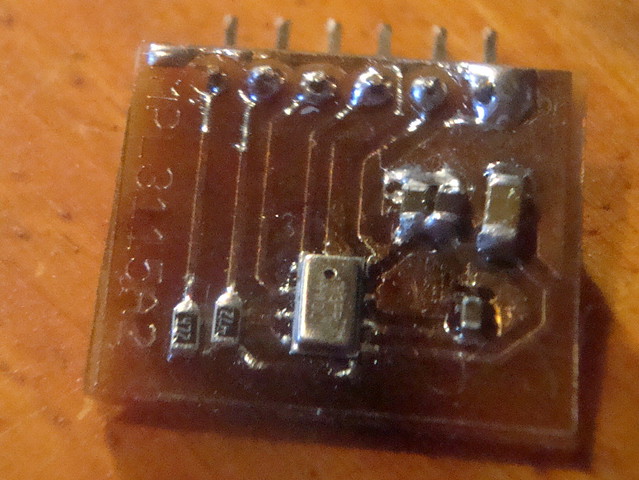 I also used Sparkfun’s Eagle files to make the board and I tested using Adafruit Library.

According to Google Maps the height where I live is 64.13 m. I was testing the device on a first floor, I would say it’s pretty accurate.

All this sensors are 3V devices. I tried first to connect them to a MSP430 Launchpad using Energia but I couldn’t make them work.

Freescales’s sensors use this Repeated Start command and as I found out, Energia doesn’t support it. As I don’t have any 3.3V Arduino I needed a logic level converter.

I downloaded Sparkfun files for their  Bi-Directional Logic Level Converter and modified it to make it single sided. I used some 2N7002 transistors I had around. 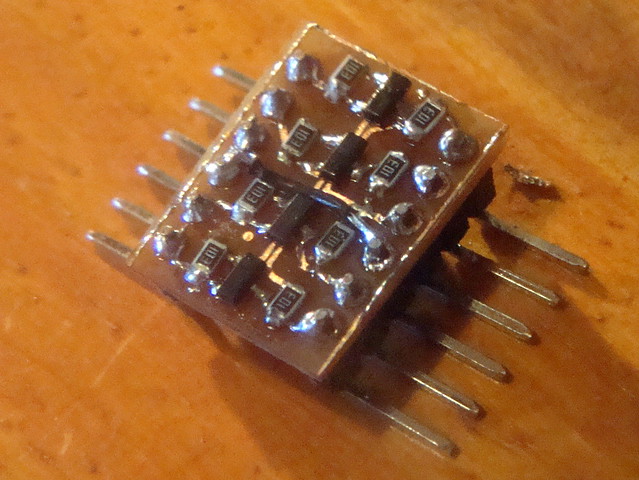 As requested, here is the file for the MPL3115A2 breakout board. It is based on Sparkfun board but I changed the connector pinout in order to make it easier to design a single sided PCB.